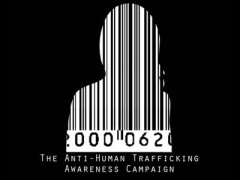 This past Friday, January 11th was National Human Trafficking Awareness Day and the month of January has been declared National Slavery and Human Trafficking Prevention Month by President Obama. While this awareness day and month are naturally used to increase the level of attention to and action around the issue of human trafficking and its disastrous effects on women, men and children in our country, they can also be an important time for self-awareness and reflection on how far we have come in the effort to combat human trafficking.  During this January, I have been thinking about where the human trafficking field has been during the past few years and where it is headed.

While the field has made great strides in the short time since it was officially recognized as a crime with the passage of the Trafficking Victims Protection Act (TVPA) in 2000, the movement to combat human trafficking is still relatively young compared to others such as the sexual assault and domestic violence movements. The relative novelty of the issue and movement to combat it has both positive and negative effects. A positive aspect is that people are undeniably drawn to the issue of human trafficking as a “new” type of crime (though it is not new at all) and want to become involved, hear about how it affects their community, and look for solutions. Conversely, while there is great interest in the issue, there are still prevalent misconceptions about what human trafficking is and isn’t as well as a need for more comprehensive, victim-centered responses to the issue.

So when reflecting on how much the human trafficking field has accomplished and what lies ahead to be achieved, I thought about some of the things I’ve seen in the few years I’ve worked on the issue:

While we hear about human trafficking more and more in the media and in our communities, we still have a long way to go to clear up misconceptions commonly associated with the issue. When I started working on the National Human Trafficking Resource Center (NHTRC) hotline in 2009, we received an average of 636 calls per month and many were requests for information about what human trafficking is and how to identify it. Just two years later, the monthly call average had almost tripled to 1,619 and calls about tips of suspected trafficking and crisis calls directly from victims were more prevalent. This demonstrates an enormous growth in understanding and awareness around the issue.

Nonetheless, even though most people have seen enough news specials or gone to a sufficient number of trainings to understand that trafficking does not only affect foreign nationals and that trafficking does not necessarily have to involve transportation, there are still lingering misconceptions about what trafficking can look like. For example, I often train on the intersections of human trafficking and domestic violence and in every training I conduct, participants express their surprise that a trafficker can be a family member, a parent, a spouse or an intimate partner. So while we have achieved a level of success in clarifying some misconceptions, we still have work to do to broaden understanding of what human trafficking can look like and how it can be very different from prevalent images of organized criminal activity, kidnapping of children and chains and shackles.

Though we have more agencies than ever working on human trafficking, there is still a long way to go to develop comprehensive and trauma-informed services for victims of this crime. The human trafficking field has seen an enormous increase in law enforcement and victim services agencies working on the issue over the years. When I began my work at the national hotline, infrastructure was still weak or growing slowly in many places and now, we see a number of task forces and coalitions (funded and unfunded) working together on this crime as well as multiple service organizations dedicated to these victims.

But while the human trafficking field is undoubtedly growing by the day, there are still a number of gaps to cover in service provision and response to victims. For example, the NHTRC recently conducted a nation-wide survey on how many beds were available for trafficking victims and found that there is a serious shortage of space for victims with fewer than 2000 available beds and only a little over 500 of these specifically designated for trafficking victims. Additionally, we need to ensure that the many new programs that are emerging are operating with victim-centered and trauma-informed practices. So, although we have more services for trafficking victims than we’ve ever had, the need to ensure holistic service provision is still very great.

So while we may develop tunnel-vision, like all movements do at various points in their history, we must remember that human trafficking is an issue that intersects with so many others, like sexual abuse, domestic violence, child abuse, teen dating violence, runaway and homeless youth, labor rights issues, immigrant and refugee issues and many more. In short, we cannot solve this problem on our own and our voices are louder and stronger working together. With these essential partnerships, we can make this issue everyone’s issue and work together to stop human trafficking and modern slavery.

By recognizing how far we’ve come and what we still need to accomplish this year during Human Trafficking Awareness Month, we can continue to move forward on this issue and work towards even more meaningful partnerships, comprehensive services and innovative strategies to combat human trafficking.

Filed under Violence Against Women